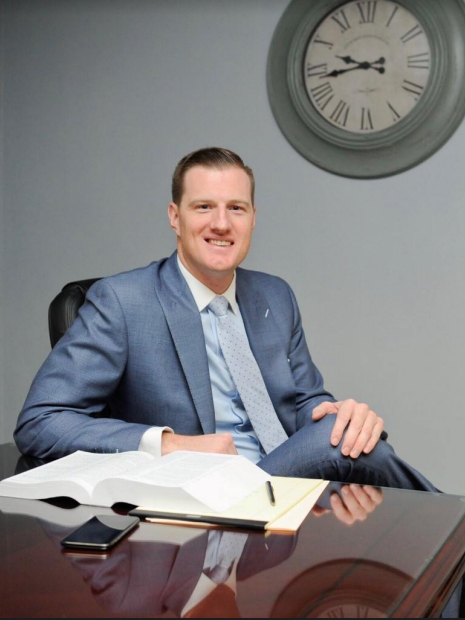 Pittsburgh Accident Attorney Andrew O. Stiffler is a 2013 graduate of Duquesne University School of Law, where he graduated in the top 25% of his class, and was awarded the Leo J. Loughren Endowed Scholarship. While in law school, Attorney Stiffler was a member of the Appellate Moot Court Board as well as the Louis L. Manderino Honor Society. In both 2011 and 2012, he represented the University in the American Bar Association Arbitration Competition. During the Spring of 2011, Pittsburgh Criminal Attorney Andrew O. Stiffler was awarded the Excellence in Legal Writing Award, an accolade given to the student with the Best Appellate Brief in their respective Legal Writing Class. Prior to law school, Attorney Stiffler earned a Bachelor of Arts in Communication from Villanova University, where he was a member of the Varsity Baseball team, Dean’s List, and Communication Honors Society.

Attorney Stiffler, a Bedford, PA native, has successfully tried over thirty (30) Jury and Arbitration cases across Western Pennsylvania including six-figure settlements and five-figure verdicts. He has handled hundreds of personal injury cases and has also served as an Arbitrator in the 5th Judicial District. 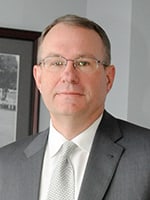 Pittsburgh Accident Attorney Robert E. Mielnicki graduated cum laude from Duquesne University School of Law in 1991. He finished 5th in a class of 100, was invited to join the Law Review and worked at Kirkpatrick & Lockhart, one of the biggest law firms in the country, while in law school. Upon graduation, he worked four years as a Public Defender. During those four years he represented thousands of clients charged with crimes. While those four years were a great learning experience, Robert E. Mielnicki secured jury trial acquittals while a Public Defender for clients charged with Murder, Felony Drug Offenses, Burglary and Theft. Since entering private practice in late 1995, he expanded his practice to include the representation of hundreds of clients that have sustained personal injuries. He has secured millions in both settlements and verdicts, across both state and federal court in Pennsylvania.

When a person sustains serious physical harm and emotional trauma from a trucking accident, they should not also be left with the financial burden of medical costs and recovery expenses.

We often take driving for granted. Yet all it takes is the senseless act of one careless driver to change your life in an instant and cause unaffordable medical bills, lost wages, and physical harm that nobody is ever prepared for.

Millions of Americans own motorcycles, and many of them ride their vehicles on a daily basis. While motorcycles offer a number of benefits to riders, they also pose a dramatically increased risk of injury when riders are involved in an accident.

Although Pittsburgh is a walkable city, it can still create hazards for pedestrians, due to the volume of buses and automobiles that travel throughout. If you’ve been struck as a pedestrian, with or without insurance, call Mielnicki & Stiffler.

At Mielnicki & Stiflfler, we understand that construction sites can be extremely dangerous. From construction workers to an innocent passersby, these sites can cause devastating harm to people, especially when someone acts negligently.

After sustaining a slip and fall, an individual will not only have questions, but also potential serious injuries and medical bills. At PGH Accident Law, our attorneys have the knowledge and experience to advocate and litigate slip and fall cases.

Disclaimer: How much any personal injury client receives is impossible to predict. Such depends on the particular insurance company, the county the lawsuit may be filed in and in the event of a jury trial, the composition of the jury. Every case is distinct and different. Absolutely nothing on this website should be construed as legal advice to any individual or any situation. Viewing the information on www.PGHaccidentlaw.com, or sending a message to the firm, does not create an attorney-client relationship.

“Great attorney! Genuinely cares about his clients combined with years of experience makes Robert my favorite attorney! I would and do recommend Attorney Mielnicki above the rest!”

“Attorney Stiffler took my case for damages against a fraudulent contractor. He successfully obtained a judgment of nearly $100,000 covering all damages and, in addition, secured the maximum punitive damages allowable by law. I observed him to have a good reputation with the court. He was responsive and professional in all of our dealings, and a clear communicator. Highly recommended.”

“Robert and Karissa are amazing attorneys. Karissa helped me thoroughly and spent so much time working with me. I felt like everyone was giving top attention to my case. Highly recommended.”

“I hired Bob on my federal arson case. His expertise and knowledge of the law are impeccable. He communicated with me through the whole process and kept me updated on the case every step of the way. I was comfortable with him from day one and l don’t know if another lawyer would have achieved the same outcome of an acquittal. I would highly recommend him to anyone.”

“When I was losing patience finally for my girlfriends return home. Something showed me Robert. Robert was there for me and her. Visited her. And walked her through everything. Being very confident with this judge, he was able to successfully lift this detainer. If you ever need a detainer removed or a motion to be filed. I highly recommend him.”

“Kept me up to date with the process of it all through Facebook messenger or calling me with the news. I would recommend him to anyone I know. I was sure he was the right attorney for the charges I was facing after the first couple minutes of talking to him.”

To schedule your free consultation,
please fill out the form below.